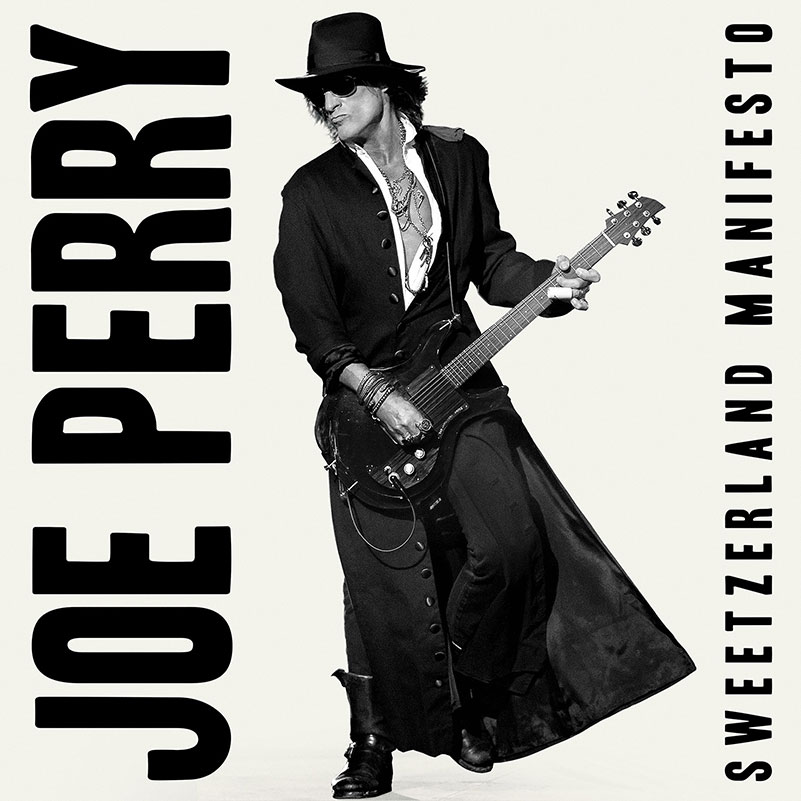 Due out on his own Roman Records imprint (distributed worldwide by AMPED Distribution), SWEETZERLAND MANIFESTO marks JOE’s sixth solo album and is comprised of 10 new tracks. They were all written or co-written by JOE (many with the album’s guest vocalists), except for a cover of “Eve Of Destruction” with JOE on lead vocals and Johnny Depp on drums. The album features guest appearances from a long list of JOE’s friends, colleagues and rock and roll icons.  Highlights include “Aye, Aye, Aye,” which JOE co-wrote with the track’s vocalist Robin Zander, and three collaborations with David Johansen, who sings “I Wanna Roll,” “Haberdasher Blues,” and “I’m Going Crazy,” plus as many co-writes with Terry Reid whose lead vocals light up “I’ll Do Happiness,” (with Zak Starkey on drums), “Sick & Tired” and “Won’t Let Me Go.”

SWEETZERLAND MANIFESTO was recorded at Studio 1480 in Los Angeles and produced by JOE PERRY and Bruce Witkin, with Johnny Depp serving as executive producer and additional help from Jack Douglas who co-wrote and co-produced a number of tracks.  It was engineered by Witkin and Tony Perry.  The album was mixed by Tony Perry with Ari Blitz serving as assistant mix engineer at After Master in Los Angeles.  On the album, JOE also teams up with sons Tony and Roman on “Spanish Sushi,” which was produced and arranged by The Perry Boys with JOE on guitars and bass, Roman adding synthesizer programming and Tony handling drum programming.

“It’s going to be interesting to see what songs people gravitate to because there’s such a wide variety of tunes,” JOE notes.

The SWEETZERLAND MANIFESTO track listing is as follows:

Throughout his career, the electrifying lead guitarist of Aerosmith–America’s Greatest Rock & Roll Band–JOE PERRY has achieved permanent iconic stature in the pantheon of rock.  He has helped to drive his band, over the course of four decades, to sales of more than 150 million albums, critical acclaim, four Grammy Awards (one of which includes the guitar-based instrumental “Boogie Man”) and induction into the Rock and Roll Hall of Fame. JOE PERRY’s work with Aerosmith has resulted in an unending array of accolades and honors. Beyond their Grammy Awards and Rock and Roll Hall of Fame induction, other key milestones over the nearly 50 year history include:  12 MTV Video Awards; two People’s Choice Awards; six Billboard Music Awards; eight American Music Awards; 23 Boston Music Awards; and an Academy Award nomination for Best Song, “I Don’t Want to Miss a Thing” (from the soundtrack to Armageddon).