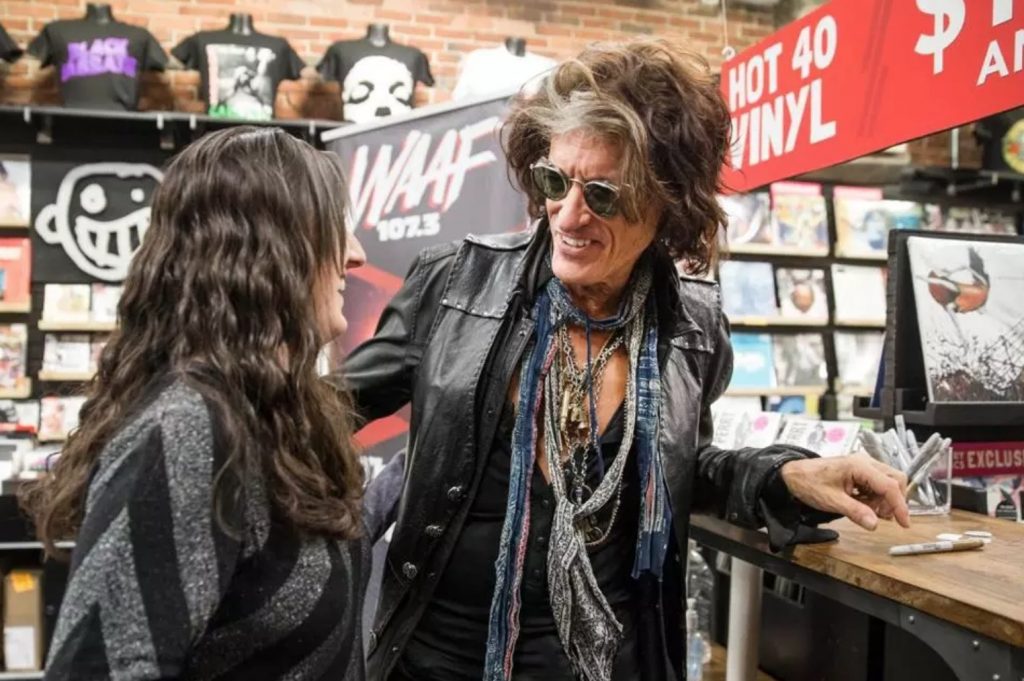 Photo by: ARAM BOGHOSIAN FOR THE BOSTON GLOBE

Joe Perry isn’t quite sure how to describe his new solo LP.

The Aerosmith guitarist was back in town this week for an appearance at Newbury Comics promoting “Sweetzerland Manifesto,” an album he wrote and recorded while holed up at his buddy Johnny Depp’s house in LA.