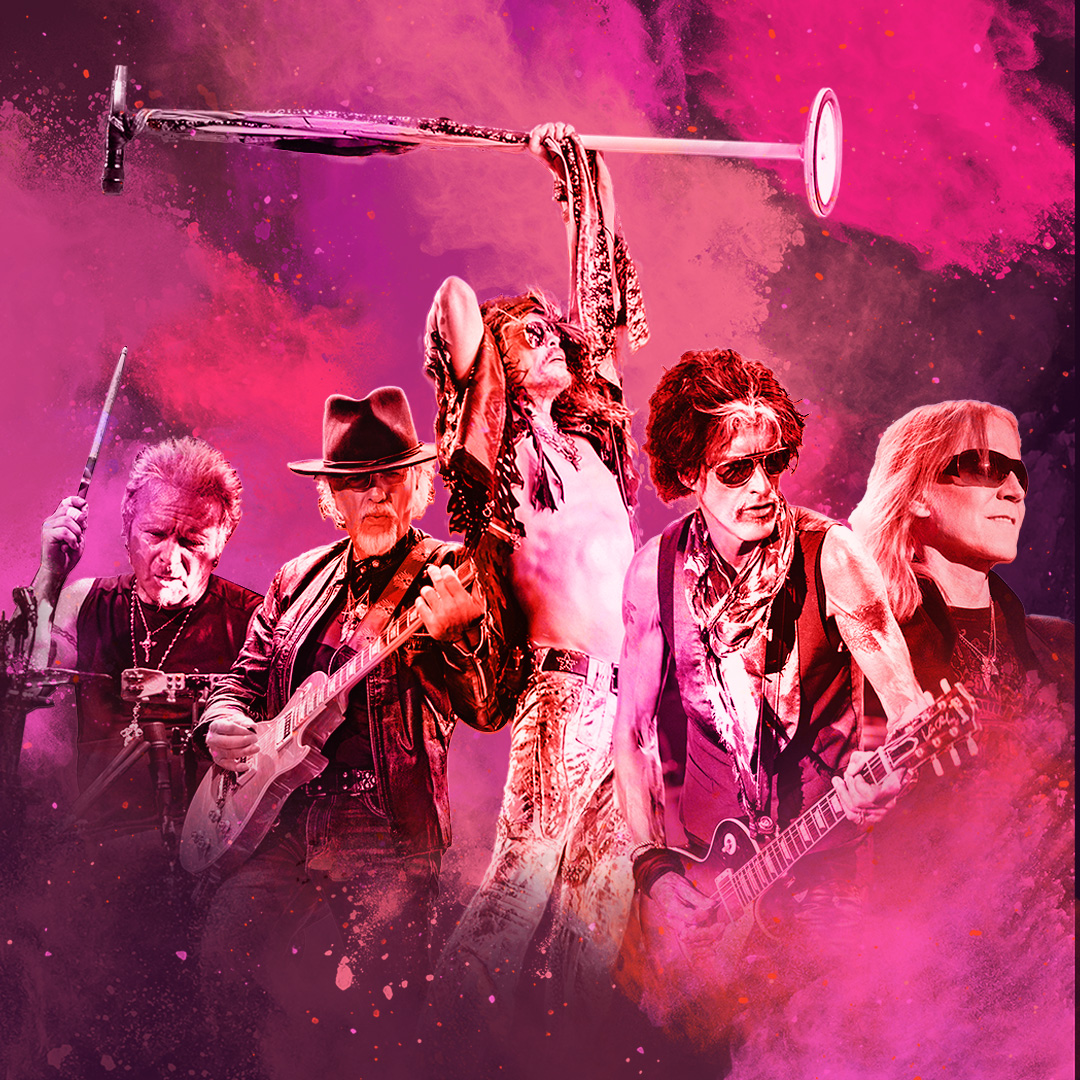 America’s Greatest Rock ‘N’ Roll Band – have today announced a mammoth European tour for next year. Fresh from a run of hugely successful South American shows, Aerosmith will return across the Atlantic with one of the greatest rock shows ever seen and will undoubtedly be the ultimate must see event of 2017 as the band embark upon this, their ‘farewell’ tour, saying “Aero-Vederci Baby!”.

For more than 45 years, Aerosmith has been the quintessential Rock & Roll band, becoming one of the most influential and loved groups in the world, due to their mass appeal, unforgettable songs and groundbreaking live shows.

Throughout their career, Aerosmith have been at the forefront of the rock world. From early hits such as Dream On, Sweet Emotion, Toys In the Attic and Back In The Saddle, through to the genre defining Walk This Way (Aerosmith featuring Run DMC), through to massive global hits such as Janie’s Got A Gun, Cryin’, Dude Looks Like A Lady, Love In An Elevator and I Don’t Want To Miss A Thing, Aerosmith are unquestionably one of the ‘must-see’ bands in the world.

Joe Perry – “It’s been 3 years since we have been on tour in Europe and I can speak for my brothers that we can’t wait to get over there and take it up a few notches. Last tour in South America we were running on all cylinders and I can see no reason to let up now."

Steven Tyler – "Aerosmith just got done ripping through South America like true ambassadors of rock…The band is unstoppable right now and in Europe, we're going to keep doing what we do best… Let The Music Do The Talking…Living On The Edge, and living to rock another day."

Aerosmith have just completed a series of sold-out shows in South America, rocking to their die-hard fans in Chile, Argentina, Colombia, Bolivia, Brazil, Peru and Mexico. Their return to Europe is highly anticipated by fans and the band alike. As part of the Aero-Vederci Baby tour, they will also be performing at some of the biggest music festivals in the world including Sweden Rock, France’s Hellfest and the legendary Download Festival in Donington, UK.

Tickets for the majority of the Aero-Vederci Tour dates will be on sale dates on November 18th. Check local media for ticket details.