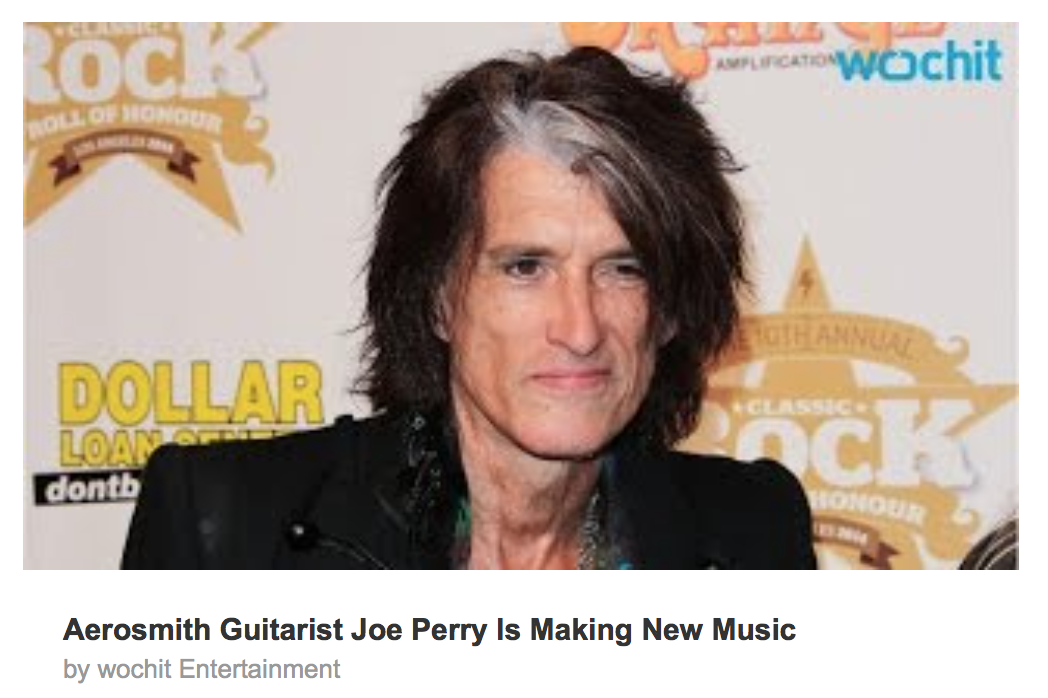 Rocker Joe Perry he Aerosmith guitarist is hard at work in a California studio cutting songs. At this point he’s not sure where they’ll all end up – possibly on a solo album! Perry commented, “For me, it’s really about writing music,”

The sessions began as an instrumental solo record, but that changed course when a colleague of his suggested bringing in some vocalist friends. He added, “One night, Iggy Pop stopped by the studio after he’d done a show here and listened to a couple of tunes. Within a couple hours, he had finished [recording] everything and that was really the turning point for the record.”