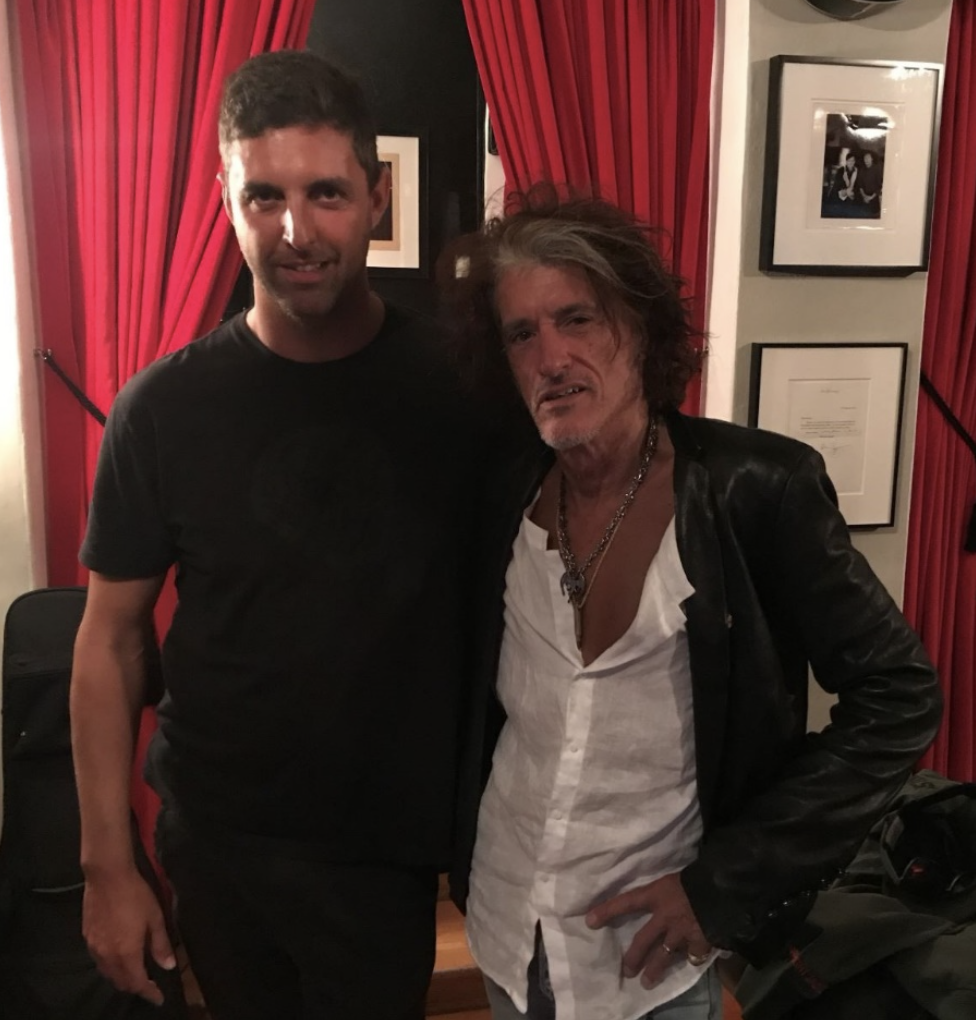 Legendary AEROSMITH guitarist and songwriter JOE PERRY has contributed five songs to the Brad Furman-directed City of Lies film. Released earlier this year in theaters and VOD and starring PERRY’s Hollywood Vampires bandmate Johnny Depp, City of Lies is due out on Blu-ray and DVD June 8.

Based on the book LAbyrinth by Randall Sullivan and adapted by Christian Contreras, City of Lies (Saban Films) is a dramatic crime thriller that follows the investigation into the infamous murder of iconic rap artist Notorious B.I.G. Depp stars as determined LAPD detective Russell Poole (who spends nearly 20 years trying to solve the murder) with Forest Whitaker as Jack Jackson (a journalist who teams up with Poole in search of the elusive truth). Together they explore why the case remains cold–and why a secretive division of the LAPD is seemingly set on keeping it that way.

While the film was in production, PERRY–who was staying at Johnny Depp’s house working on his last solo album Sweetzerland Manifesto (2018, Roman Records)–was invited by Depp to view some clips from the movie.

“There was always something going on at Johnny’s place, so it wasn’t unusual for him to give me a call to come down and join in,” says JOE. “We watched some clips and talked about some of the scenes that they needed some music for, and Brad Furman[director, music producer], Alberto Bof [one of the key musicians also working on the soundtrack], Johnny and I started talking about ideas on what I could add. I never had a chance to work with someone as classically trained and as talented as Alberto on a one to one basis, so it was definitely an exciting experience for me, aside from the fact it was for one of Johnny’s movies. As we worked our way through each piece of music, Alberto and I played in a style that was definitely not in my everyday wheelhouse and it ended up that we worked on and off together over the next two or three weeks on bits and pieces of the soundtrack.”

PERRY’s contributions took about three weeks to complete, but once his work was completed, he got an urgent call from Furman. PERRY recalls:

“I was finished with that project and I was on my way home from the airport after a month on the road with Aerosmith. I was about 10 minutes from my house, I hadn’t seen Billie [PERRY’s wife] in over a month, and I was anxious to get home. I noticed a phone call came up on my phone from an LA area code, I happened to pick it up and it was Brad. He said ‘I’m glad I got a hold
of you. I have an emergency.’ As it turns out they wanted me to contribute more music to the film. Brad had called me to fix one cue I worked on and said the score was elevated and inspired by my work he wanted me to add more guitar to other cues. I said ‘sure, I can maybe get into a studio this weekend.’ I told him I was on my way home and he said, ‘you don’t understand, I need it now.’ I didn’t know where a studio was in my area, and he said he would call me back in five minutes. Five minutes later, he called back and said ‘I found a studio, it’s 10 minutes from where you are and it will be open for us in an hour.’ So I got home, gave Billie a hug and kiss, explained to her what was going on, dropped off my stuff and grabbed my guitar, drove over to the studio and I was recording within an hour. A few minutes turned into a few hours as Brad described to me the scenes where they needed additional music. This was a pretty flipped-out recording session, considering he was in London, I was in Florida. In my whole career, I’ve never had to switch gears so fast on a project as important as this.”

“Working with Alberto was an amazing experience and we actually recorded quite a bit of us jamming and a lot of what we did is actually what ended up in the film. We found ourselves being inspired by the film clips and with Brad, Johnny, Alberto and myself, it was the kind of creative musical experience you just dream of.”

“Working with Joe on this film is a pinnacle experience in my music career,” says Alberto Bof. “He is one of the pillars of rock music and I still remember being in awe while listening to his sound so close during our recording sessions. Coming up with ideas with such a complete musician was a flawless experience and his countribution and taste have been fundamental in the direction and making of the soundtrack.”

“Working with Joe on ‘City Of Lies’ was a dream,” Brad Furman says. “As a child one of my favorite tracks was Aerosmith’s ‘Dream On.’ I would wait by the juke box in the canteen and use all my saved coins to play it over and over. I monopolized the jukebox. Never did I imagine I’d be working side by side with Joe Perry, one of the greatest rock guitarists of all time. On each session and cue note I gave him (and yes I was nervous) Joe humbly and artistically took his gifts and kept uplifting and inspiring our score. He always wanted another take as he never stopped striving for greatness. The bond and synchronicity Joe and Alberto Bof shared was magical and took my breath away. They danced together as if they had been doing it for years. As a result, I watched our movie and score be transformed in unimaginable ways. The notes of their musicianship rang through all the rooms of Johnny Depp’s studio creating a palpable feeling that held you captive…I was spellbound.”

PERRY’s “City of Lies” contributions include:

● “Party Is Over” by Alberto Bof, Joe Perry (score)

Some photos from South American Tour